It started out innocently enough. My wife wanted to see a presentation at the local historical society but could not attend. I thought “why not ask if I can shoot the presentation on video?”. I asked, the speaker and society said yes and we were good to go, or so I thought. It hit me a few minutes later that I could not shoot this with the DSLR as it was too long. The D7000, like most DSLRs, can only shoot about 20 minutes before it needs to cool the sensor and it can get noisy even sooner.

So it was back to tape with a compact Camcorder that records on SD as backup. The compact unit can’t use external mics which is why I used the old PC-100 with DV tape as the primary. All is well once again, or not.

I got to the even early and helped setup the room and the projector. I setup my gear and got ready to go. The slides were washed out because of the room lighting. We were assured that they’d adjust the lights before the talk began. Although the room was wired so the front half could be turned off and the back half left on, they turned off ALL the lights for the presentation! These camcorders are okay in low light but not so good in no light. Basically I got a shadowy figure of the author against the backdrop of the slides. The sound was great though.

I wrote to the author and asked for the slides. She sent them as a PDF but I was able to export each page as a JPEG file. So now it was time to salvage the project and make a short film of the slides with the recorded video in a small corner just to liven things up and connect it to the presentation at the event in some way. The presentation happened to be about a praying indian village in our town after King Philip’s War so I also zipped around the area shooting some still and video with the Nikon to add something interesting to look at for the long stretches of one slide.

With basic concept and clips ready it was time to put the movie together. I have been a huge fan and user of Vegas Video for years but I’ve moved to Macintosh recently and wanted to do the movie on my Macbook Air. You may be thinking “what, make a 40 – 60 minute production on a Macbook Air? Are you nuts?”. As it turns out the machine, with an external USB drive, was more than up to the task but the included iMovie was not. iMovie is great if you want to make a basic slideshow or do some trimming on a single video track. It is not so good if you want to manage several audio and video tracks in one project. That’s why they sell Final Cut Pro. But they don’t offer a trial of Final Cut Pro and with all the mixed reviews I wasn’t going to run out and buy it to see if I liked it. Adobe to the rescue! Adobe offers a trial version of Premiere Pro and of the entire Creative Suite. That is what I used to put this video together and I rather enjoyed it with a few minor issues.

No one expects you to use a Macbook Air for video editing or so it seems. Premiere Pro uses the two delete keys on a normal Mac keyboard for trim and ripple trim. The one that is on the Air is the trim version. I needed ripple trim a lot for this project and getting to it with the mouse wasn’t much fun. I can remap the key and will if I decide to buy Premiere Pro to keep using.

Sometimes Premiere Pro found the media just fine when starting back up and other times I had to relink it to the clips on the external drive. Not sure if this is Premiere Pro or OS X’s fault. Easy enough to fix but annoying to have to deal with when I never even disconnected the drive.

Having After Effects and Audition in the trial suite was really handy. I was able to take out clicks and hum and normalize the volume very fast and I was able to turn some footage of a babbling brook into something appropriate for the video by using a Sepia filter in After Effects.

The titler in Premiere Pro did all I needed and did so more easily than the one in Vegas Video, in my opinion. For this kind of film I don’t like a lot of transitions or effects. The basic crossfade was perfect for my needs. I used it at default settings most of the time and stretched it out a little longer for a few changes.

It looks like Adobe Creative Suite Production Premium will become my go to toolset for editing video on my Mac.

Lewis Studios is a LGL Affiliate 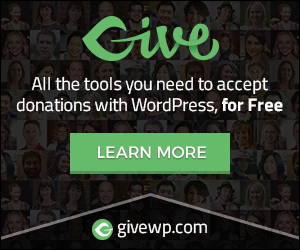 Lewis Studios is a Give-WP affiliate

Lewis Studios is a Toolset affiliate